Homes of the Future: Dreams 60 Years Under Construction

The 1950s was a decade when people were excited and anxious about the potential of technology. They were afraid of the atomic bomb but eager to experience the future faster.  The Cold War between the United States and the Soviet Union drove both nations to develop better weapons, policies, and technology. The American public’s interest in the possibilities that science could offer skyrocketed, egged on by events like the Space Race.

Organizations and individuals speculated on what the future could hold for the American way of life. Many science fiction movies and novels explored possibilities, both beneficial and horrific. The military experimented with scientific ways to improve their arsenals.  The average American family, on the other hand, wondered about what their houses could be like.

In the six decades that followed, modern technology advanced enough that home automation systems like Savant are readily available to the innovative homeowner. But how do these systems compare with the dreams of the ’50s? Do our smart homes meet the requirements for the so-called “Homes of the Future?”

The designs of many “homes of the future” revolved around the kitchen. These concepts promised a variety of features to housewives and homemakers.

Sample “homes of the future” of the era had kitchen appliances controlled from a central hub, whether by pushing a button or with the use of punch cards. These central hubs either looked like an elevator control panel or sometimes an overly large television remote. They also had robotic vacuum cleaners that would patrol and suck up dirt on their own.

Another major kitchen appliance that these houses showcased were ovens. Their advertisements sometimes said they would use microwaves or some other form of energy to cook and bake food within seconds. The models who represented the housewife of the future would simply press a button and wait, wearing a ball gown or a similarly fashionable dress.

The “home of the future” as envisioned by the designers of the era used plastics for appliances, furnishings, and decor. At the time, plastics were the epitome of sleek, scientific materials. People expected that each household would have at least one telephone with video screens and touch tone keypad.

The “homes of the future” showed an easier way of living. These homes promised machines and technology that would help finish housework and chores in minutes. Time was the greatest luxury a household of the future could offer.

The Smart Homes of Today 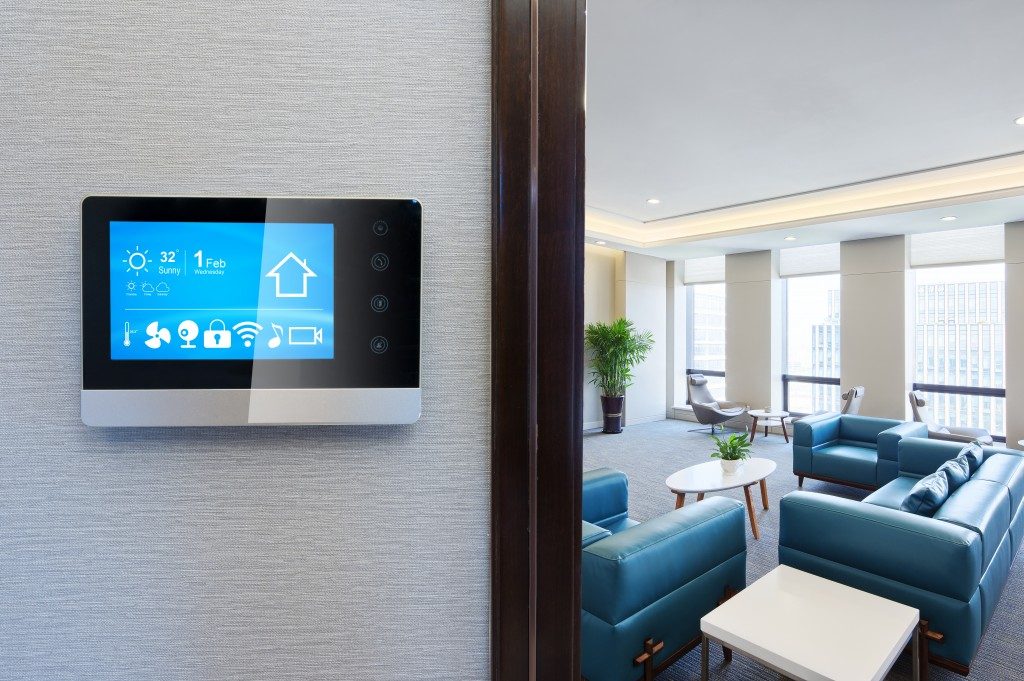 Systems for smart homes rely on a network of devices that communicate with one another via radio waves, like Bluetooth, or through the internet. A central device processes commands and directs them to the appropriate device.

Most smart home systems don’t focus on the kitchens or vacuum cleaners. They instead control lighting, temperature, entertainment systems, and security measures. Anyone can access these features from an appropriate device, such as a smartphone or laptop. Some programs can even learn your schedule and preferences after a while.

Although plastics are still the preferred material for appliances and devices, home designers rarely use it now because of its environmental impact. Vacuum cleaners with sensors can roam on their own, cleaning as they go. Smartphones and laptops available today would astonish people from the ’50s with their small size and capabilities.

People take a lot of technology for granted, but the power and convenience available to an average American today would have been impossible only 60 years ago. Smart homes may not be able to cook a full course meal in a few minutes, but it can contact the nearest restaurant and have one delivered. Whenever someone uses an app to turn down the volume or raise the heat, they should be thankful for the innovators and dreamers who laid the foundations of their futuristic homes.