Coachella 2050: How Concerts and Music Festivals Will Look Like in the Future

Every year, hundreds of thousands of people congregate in the California desert for Coachella, a multi-day music festival held over two weekends in April. It is one of the biggest music festivals in the world.

In 2019, an estimated 750,000 people were present in the music festival over the course of six days.

The popularity of not just Coachella but all music festivals is only growing year per year, and more music festivals are being announced in practically every nation all over the globe. It is unlikely that it will fade away from the public’s consciousness any time soon.

However, how is the live music scene evolving? What does the future of music festivals have in store for their audience?

The Use of Technology in Music Festival

Technology has always been present in music festivals. LED screens such as those provided by COSM and other manufacturers and suppliers have been in use for decades to enrich the experience of live music. They create a colorful background that can easily be switched for the different performances. They also stream everything that is happening on stage in real-time so that everyone, including those at the very back, can see the artists.

The use of virtual reality will power music festival attendance from living rooms worldwide. Having virtual reality headsets can make the experience even more immersive. Coachella is already a trailblazer in the scene. In 2016, the music festival launched its own app that fans can use to live stream events in a high-quality, three-dimensional, 360-degree format.

Coachella also introduced augmented reality to music festivals. In 2012, legendary rapper Tupac Shakur, who passed away in 1996, joined Snoop Dogg on stage through a hologram. 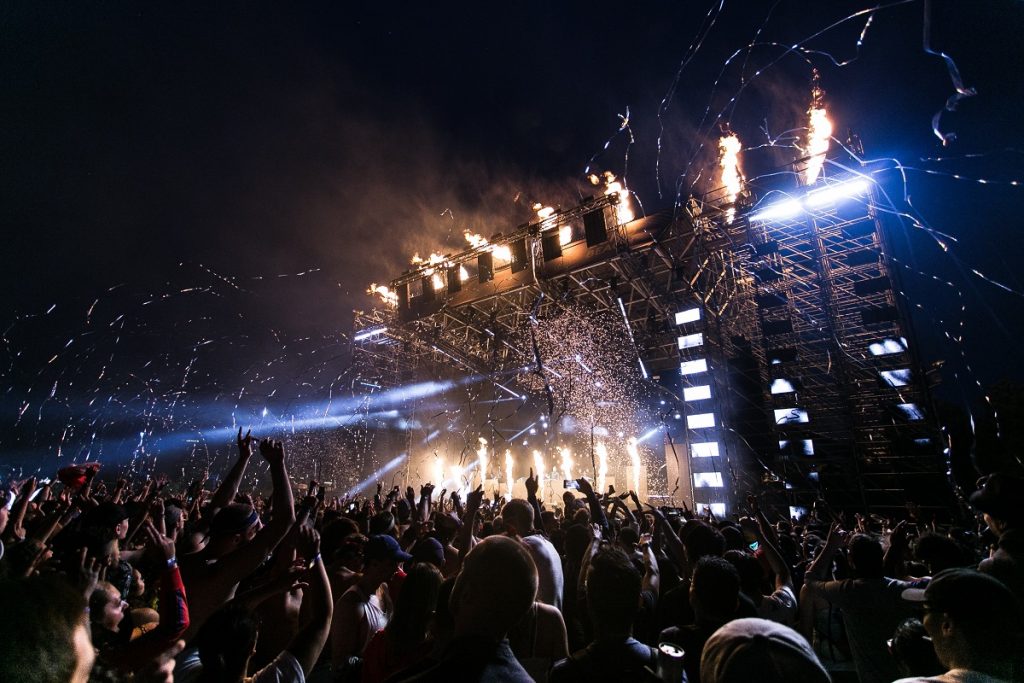 In 2020, all music festivals around the world were canceled. COVID-19 made in-person concerts a health risk. Venues were closed. Musicians and their fans remained in the safety of their respective homes for a year.

This, however, did not silence live music. In the past several months, artists have been promoting their albums and performing their music to their audiences virtually.

In January 2021, K-Pop supergroup BLACKPINK held their first virtual concert called The Show on YouTube. It drew around 280,000 audiences hailing from the United States, Thailand, the Philippines, Japan, etc.

This could provide a look at the future of live music post-pandemic. Watching an artist perform on-stage is one of the joys of attending a music festival. Despite the long bathroom lines, the crowd of sweaty strangers, the unbearable heat or rain, people venture out of their front doors to see their favorite bands.

But, not everyone is willing to get their feet dirty. There are those who enjoy live music but would rather sit in the comfort of their living rooms where they can party on their own.

Not Bound by Space Nor Time

The platforms that make streaming performances live over the web have been built, and people are already using them. In the future, more fans will be able to access concert footage in real-time without leaving their homes.

There are numerous benefits to virtual concerts. It is open to more people regardless of where they live. It is also, most of the time, cheaper than tickets to in-person performances.

Moreover, like television shows and movies, people may be able to stream virtual concerts on-demand. Bandcamp is already doing this. In late 2020, the platform for independent artists launched its own ticketed live streams for virtual concerts. Fans watched their favorite musicians perform on-screen. Right now, it is only available to users from select countries, but other platforms may become available to more people, offering the magical experience of listening and watching live music to anyone who wants it.

With a virtual reality or headset, or whatever new device will be developed in the future, streaming performances will become more immersive. It would transport fans from their living rooms to the venue without actually being physically present.

Of course, it would not end in in-person attendances. People will continue to flock to music festivals and concert venues. But, it would not be the only way for people to access live music. Having both in-person concerts and online streaming will become more widely available in the future.

COVID-19 will not be the end of live music. After the pandemic, concerts will once again take place. Thousands will go to music festivals around the world again. However, some changes that happened in the past year will likely continue to exist in the future such as streaming of live performances to audiences around the world.