Yes, chickens do have ears – just not in the way we think ears would look.

Ears are an important part of the body, and not just for humans. They’re not only used to help animals hear (which could be important, especially when dealing with unseen predators), but also to help mammals keep their balance. We know what ears look like in humans, and in other animals like cats, dogs, monkeys, and elephants, we recognize body parts that look different from our ears but still serve pretty much the same purpose.

For chickens, however, spotting their ears might be difficult, especially for those who don’t even know chickens do have ears. Some people think chickens don’t have ears because they’re not very obvious, but if that were the case, chickens wouldn’t be able to interact with each other through sound or run away from warning sounds.

In reality, though, chickens do have ears. And in today’s article, we discuss the science of how a hen’s ears can actually help predict the color of their eggs.

When a hen lays a fertilized egg and begins incubation, its embryos most likely develop ears within the first two weeks as the fetus can start hearing and responding to sound by the 12th day of its incubation. One study even found that chicken embryos could respond positively to the clucking noises of their mother hen.

After a chick is born, its hearing is critical because the hen uses auditory clues to teach her offspring what they can and cannot eat. And even if a mother is not present, you yourself can teach chicks what to eat using tapping sounds. But they’ll need to have ears to hear that, won’t they?

Chickens (and most birds, for that matter) can hear well because they also have ears on both sides of their head. The reason why some people assume chickens have no ears probably has to do with the fact that it does not have external flaps the way humans or dogs do. Instead, it is covered by a special kind of feather that can protect the ears without muffling the sounds a chicken hears.

Parts of a Chicken Ear 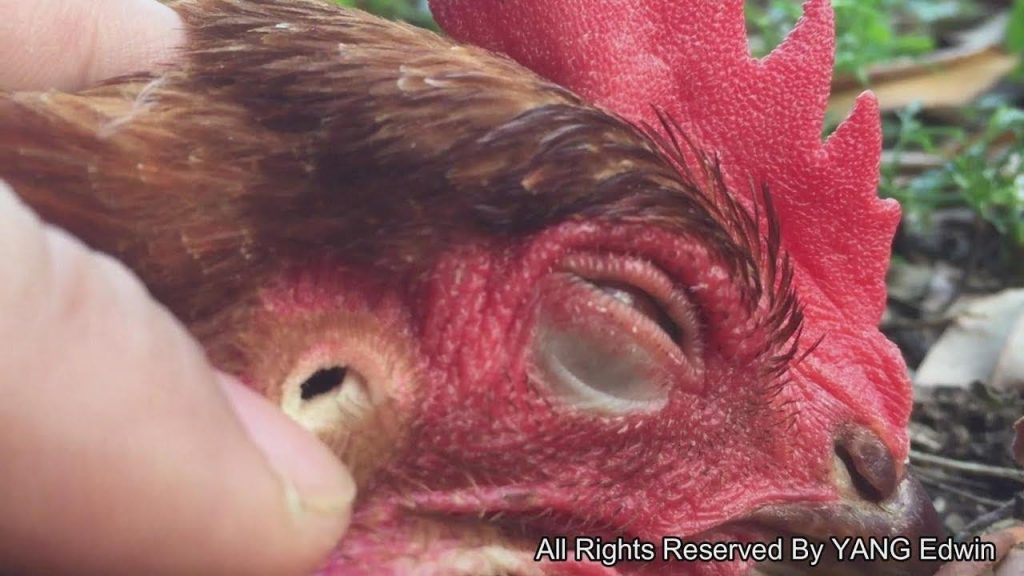 Chicken ears have three parts: an outer ear, a middle ear, and an inner ear. This works similarly to the way human ears do: the outer ear channels collected sound waves into the middle ear, where the eardrum is located. The vibrations bounce on the eardrum and then make their way to the inner ear.

However, the chicken ear differs because instead of the three bones in a human ear, there is single cartilage in the chicken’s ear known as the “columella.” This bone is responsible for transmitting the vibrations towards the chicken’s auditory nerve endings, which then sends that to the brain.

Humans can feel when they’re balanced (and adjust accordingly if they don’t feel they are) because of the semicircular canals in their inner ears. That canal is filled with a fluid that moves as your body does. When your body is off-balance, the liquid’s movement lets your brain know that you are off-balance. It’s why when you try spinning and stop, you still feel like your head continues to spin: this is because the fluid in your ear is still spinning from the momentum.

The same concept also applies to chicken ears. However, it’s an important feature for chickens because they need to balance to a certain extent so that they can fly.

A unique feature of chickens’ ears is that they have special ducts that connect the middle ear to the roof of their mouth. This helps to regulate the air pressure within the middle ear, especially in the eardrum. This may be a reason why it is difficult for chickens to sustain ear injury around the eardrums.

Another feature is the fact that chickens can regrow hair cells in their inner ear, something humans cannot. Because these sensory hair cells contribute to helping humans hear, as it takes on damage with age, it cannot be repaired or regrown naturally, which can result in hearing loss. But because chickens can regrow these hairs, it’s possible that chickens are less likely to develop hearing loss as they grow older.

Because of the way their ears are developed, birds (not just chickens) can hear the sound better and faster than humans can. When chickens hear the sound of a predator, they can assess the sound’s arrival and can pinpoint the source of the sound immediately.

Some might think that this may make chickens fearful of loud sounds around them, but this isn’t the case. A study focusing on how aircraft sounds affected birds observed the behavior of birds in an area where low-flying military aircraft would make aircraft sounds often. However, it appeared that the birds were not affected or scared by the loud sound and continued to ignore it. This suggests that birds can adapt to the noise once they realize that the noise does not affect them. 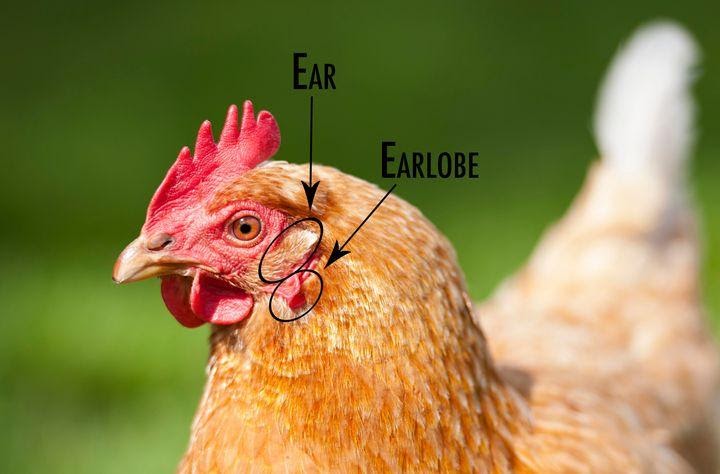 According to Deana Jones of the U.S. Department of Agriculture, a chicken’s earlobes are a good indicator of what color a hen’s eggs will be. Though it’s not an exact science, they’re a more accurate guide than feathers.

Chickens with red earlobes most likely produce brown eggs, while those with white earlobes produce white-shell eggs. Contrary to what some may believe, feather colors have no effect on egg color, nor does a chicken’s feathers have the same color as their ears.

Chickens’ ears work similarly to those of our own. Their ears are used to listen to sounds, communicate, and maintain balance. Aside from its unique structure, chickens’ ears are also a great way of determining the color of their eggs, but this isn’t an exact science. So the next time you hear someone claim chickens have no ears because they don’t see anything on a chicken that resembles our own ears, at least you know where to look for a chicken’s ears to prove them wrong.