By 2021, scientists would be able to install a brain implant that would help human to heal and recover from brain diseases. The implant would also help restore eyesight among the blind, and help the deaf hear again. All this will happen if we are to believe Elon Musk, the billionaire founder of Neuralink.

Neuralink is a company that is now refining the design of electrode threads that are thinner than human hair. These threads will be connected or interfaced in specific parts of the brain. The long term goal, says Musk, is to have the brain chip attain symbiosis with artificial intelligence (AI). In other words, the plan is to make human more intelligent by allowing the brain to have the speed and database of AI. For example, a person with a brain chip implant no longer needs to browse the internet to get information because a person can think about a certain topic and the chip in his brain will automatically detect and feed the information to him. In Musk’s own words, this brain implant will enable “electron to neutro interface at a micro level.”

Assuming that the experiments would become successful and his company becomes ready to roll-out the technology, they would definitely need the services of a professional digital marketing firm that can communicate the concept and benefits of such a product. People will surely need more information and understanding about Neuralink. His company would need to gain public acceptability and trust in such an advanced technological innovation.

Tinkering with the human brain is actually nothing new. Clinical trials on another brain implant system was actually done way back in 2002 beginning with the insertion of electrodes on a volunteer human subject. In 2006, an experiment subject named Matt Nagle agreed to test the brain implant. He was a tetraplegic, meaning he was paralyzed from the neck all the way down to his feet. After some training, Nagle was able to use his thoughts to gain control over a cursor on a computer screen. Later on, he developed enough skill to open emails and turn on a television using only the brain-interface that were electronically connected to gadgets.

In 2012, another breakthrough was reached when two patients that suffered from brain stem stroke had successfully used their brain implants to control robotic arms. One of the subject even controlled robotic arm to grasp a bottle of coffee and drink from it. These experiments were conducted by some of the world’s most brilliant scientists from Harvard Medical School, the German Aerospace Center, and a number of doctors from top scientific laboratories in the US and other countries. 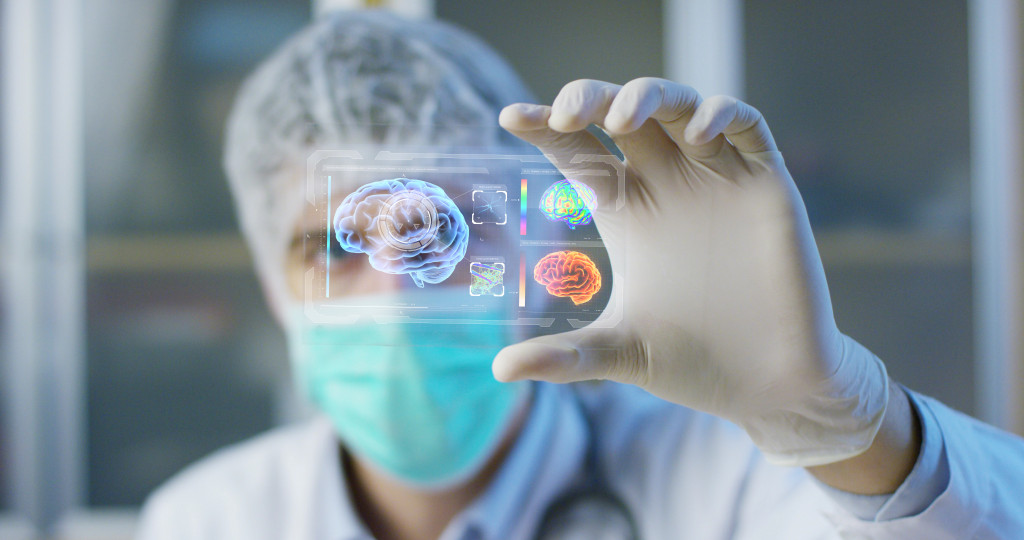 Based on 2013 data from the Center for Disease Control and Prevention (CDC), 5.4 million people in the United States or 1.7 percent of the total population were living in various states of paralysis. Majority of paralysis cases were due to strokes and severe injuries to the spinal column. Data from 2017 showed that at least 17,500 new spinal cord injuries are recorded each year in the US alone. A World Health Organization (WHO) study, on the other hand, reports that at least 15 percent of the global population suffers from some type of disability.

The experiments on brain implant technology may one day reach a level of safety and functionality that it could literally restore the ability of paralyzed individuals to live a certain degree of physical control, independence, and mobility. Should this happen, some sectors such as US military veterans would potentially reap enormous benefits. In 2019, at least 4.7 million veterans or 25 percent of all American war veterans suffer from a disability incurred during their active military service.

Immortality Through Brain Implant and AI?

The 2014 science fiction movie Transcendence starring Johnnie Depp as scientist Dr. Will Caster explored the Computational Theory of Mind (CTM). In CTM, the theory is that the human mind including all its thoughts is in its entirety an information processing system. It is theory that has been the subject of study since it was first conceptualized in 1943. In the film, Dr. Caster’s neural activities or consciousness is uploaded onto a supercomputer where it survives in virtual form.

Is the movie Transcendence a potrayal of things to come? Could this be the future of Musk’s Neuralink? If people could outlive their physical bodies by having their consciousness transcribed by the brain implant into bits of data and uploaded to an AI-enabled computer, it could very well be a path to immortality through technology.

At this point, all this will remain as theory and speculation. However, the mere discussion of these possibilities can bring hope to thousands of people who want to overcome their disability by any means. If Elon Musk and his scientists would be asked, perhaps they would say that the cure to many diseases and disabilities are all in the mind.